So after my laptop was stolen, I was in the market for a new laptop. Should I get a second hand one? (painful as I had just lost one! Probably someone else is buying my second hand laptop as we speak).

Should I even get a desktop? But I do like reading webcomics working on the sofa, or on the train, or anywhere, so a laptop it was.

Should I get a Mac or a PC? Unfortunately, I have completely bought in to all that stupid advertising that makes Apples seem cool and better, and they are pretty glossy. Plus, I always wanted a Macbook Air and that is now the basic version.

But I don’t feel Apple has any good options. I paid £1000 for a PowerBook four years ago, but now they cost £1200 because they are the better version while the Macbook air is the basic version, but because that’s solid state memory, I have to pay extra just to have the same amount of memory (which to be fair is plenty, and nobody even quotes the memory anymore, but I grew up in an era when more memory was cool. When my first laptop had 40GB storage, that was a big deal and my friends were impressed [one friend]. It’s quite funny to root around in my brain and see where this idea, that more memory is cool, comes from).

At least the Mac book Air has a few ports, but the Powerbook only has the new USB3 ports. I’d say power, headphones, two USB-normal ports and one thingy to plug in a screen or projector (HDMI or VGA) is the minimum a laptop should have. Apple computers do not provide this, so I’d have to spend money on adaptor cables (And then I’d have to store, them! It’s just more stuff to keep track of, they wouldn’t bring me any joy. Marie Kondo should give Apple a good talking to). Meantime my basic work PC laptop has got millions of ports. And no laptop has a DVD player anymore, which is quite annoying. I really had thought laptops were supposed to be getting better and cheaper, but I don’t get to even pick one. They are just getting more expensive and have less stuff. When are the economies of a mature technology going to kick in?

So having had PC’s at work all my (working) life and as I prefer Microsoft excel on a PC I did look into buying a PC, but I already had the Mac version of Microsoft Office software paid for (the thieves didn’t take the piece of paper the the licence was printed on so that was still mine). Meantime it currently costs £120 for a PC, so as the nicer laptops were not that far below the MacBook Air, I thought I could stretch to an Airbook (anybody who thinks I am wasting my money on a pointless glossy status symbol is right. Macs are so nice and glossy).

So, standing in the shop, just before I bought my nice shiny MacBook Air that I always wanted, I had one last question. Of course, the most widespread software in the world, Microsoft Office, that I only bought four years ago, is still supported isn’t it?

No. No it is not. New Microsoft Office software is £240. More than double what I paid in 2014, when it was £108. Apple is dead to me. I mean maybe this is not all Apple’s fault and it’s equally Microsoft’s fault. They’re dead to me too. Damn their rent seeking monopoly based business models.

So is there any way to opt out? Obviously, I’ve heard of linux, but I’m not an expert, I don’t want to spend time and effort and make my laptop my hobby, I just want a box, small enough to travel, with a big enough screen to work on, with a browser, and email and file storage (so I can scan all my papers and chuck them as they don’t bring any joy). Also some degree of a glossy status symbol! (It’s ridiculous, but there it is).

So I googled linux laptops (there are only a few out there). I.e. a laptop that works out of the box, no more different from an Apple/PC than they are from each other, and landed on Purism. The 13″ one is the same price as a PowerBook, or a MacBookAir plus Microsoft Office. The big, big, BIG selling point is that they will not spy on you and all their software is open source and verifiable by third parties. I remember how betrayed I felt when I realised that the Mac address book tool, that I’ve been filling in with data on my friends since I bought my very first laptop, is now imported onto your phone and freely available for any app to help themselves to. And you can’t export it to an excel spreadsheet (I did export some sort of wall of text version) and you can’t even delete people on your phone wholesale, you have to delete each person one by one! It was exhaustingly tedious.

Purism talk about how they are making their computers as secure as humanly possible and they won’t spy on you ever. And they can’t sell your data as they don’t collect it in the first place. Not having all my data sold to companies who want to use it to exploit me, is quite a nice feature in a laptop. As a tiny company producing laptops for the same price as Apple one of the biggest manufacturers in the world, that really seems like they might break open Apple’s stupid monopoly (which this blog should show: that monopoly is partly powered by my own brain).

Purism looks pretty good, I haven’t researched their claims properly, just the bits where they say it’s a laptop that works, and it isn’t a Mac or a PC, and it has a free version of Office. I never wanted to learn to use the apple equivalents, but I’m willing to put the effort in for a good cause this time.

So speaking of status symbols, that whole ‘being part of a movement’ idea is good enough for me. I’m assuming the actual laptop won’t be quite as smoothly glossy as a Mac, it does look fairly glossy, and I’m pretty sure the power cable will be hideous, but I’m part of a movement, and the computer won’t spy on me. And it won’t default to google which definitely does spy on me. Plus all the free software sounds good, there seems to be a free version of photoshop which is certainly better than the nothing I have now, (I used to have photoshop at work so I did miss not having any useful image manipulating tools).

I have to say, this is a bit of a leap of faith. I don’t think their online order form really speaks to the non-expert buyer (me) who has no clue which sort of memory to buy: M.2 SSD vs 2.5” SATA 3SSD (I looked it up, but I’ve forgotten. If you don’t know the difference, it means you’ll be fine with the default one, but they should still define their acronyms). 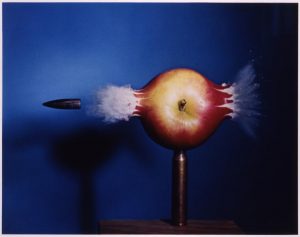 So see my next post on how to order from the US to the UK, what fees and charges you need to pay, how do you pay VAT at customs, after I’ve gone through it and figured it out. Then we’ll find out if the normal, non-expert computer user (me) can use a Linux laptop.