ONS has taken their population predictions, allowed you enter your date of birth and gender and they can tell you how long you get to live. Pretty neat. Also much better than the one in Series Two from the IT crowd. Though that one took into account how many portions of veg you ate the ONS one gives you better numbers (more than a week). 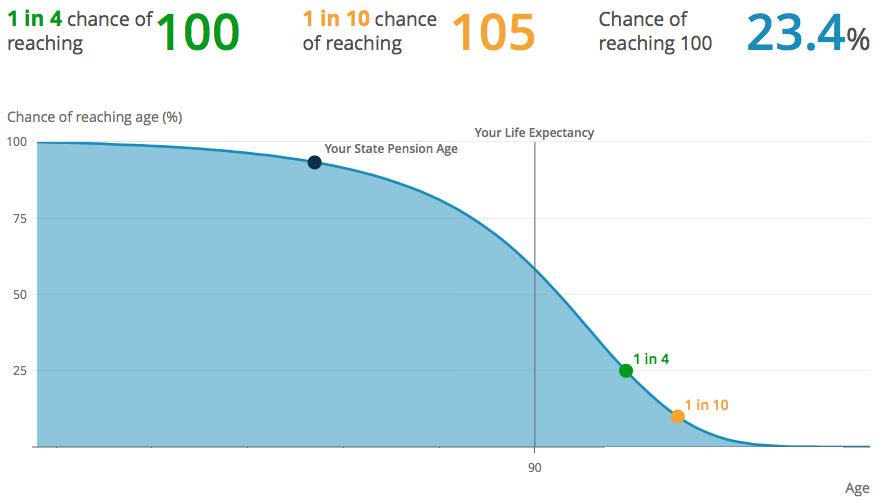 ONS is giving me 90 years, while my grandmother lived to 92. I thought this was part of my generation being the first to not live longer than the previous one due to our terrible obesity epidemic, but the odd thing is that I get a better life expectancy than my mother, and nearly double her odds of living to a 100.

So wow. 90 years! I feel a bit like Artie in Narbonic.

(Artie was originally a gerbil with a normal gerbil lifespan before Helen decided he could better carry out dashing rescues if he was bit bigger).

ONS is mainly motivated by showing you how much you need to save up for your pension (and probably preparing us for the inevitable moving back of state pensionable ages).

This was also a theme in Patrick Susskind’s Parfume. (I can’t remember if it made it into the film as a theme, and I think they skipped his childhood anyway). The theme was that everyone who had any long-term contact with the Grenouille (the protagonist) died a miserable death (but randomly, due to fate or magic realism. He did go round killing people, but that’s another theme). In his early years he was brought up quite neglected with not enough food or warm clothes (as I recall). This was because the woman who brought him up at a sort of private orphanage skimped on the children to save the money she was given for them for her old age, but she lived and lived and lived, so she did die in public hospital sharing a bed with someone else and was buried in a mass grave, her greatest fear.

So, um, better start saving, but index funds only!